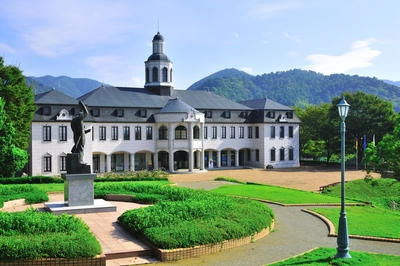 The day was June 1, 1918. Beethoven’s Ninth Symphony (also known as “Daiku” in Japanese) was performed in Asia for the first time in full length by German prisoners of war in the POW Camp, located in Oasa Town, Naruto City. The background for this first performance can be found in the humane treatment of the prisoners by the camp’s head, Toyohisa Matsue, as well as the friendly connections built between the prisoners and the local populace. To this day, the city of Naruto has proudly remained true to the spirit of fraternity that was cultivated amidst the aversities of the war.
During the annual concert held by the city on the first Sunday of June, the many choirs gathered from Japan and abroad fill the hall with a resounding chorus of roughly 600 singers that echoes through the venue.
https://www.city.naruto.tokushima.jp/contents/daiku/english/index.html